Labyrinths evolved into several families from the spiral. This grouping starts from the categories used by Jeff Saward of Labyrinthos, the main authority in the English Language in Labyrinthology, and adds a couple more that fit the labyrinths used in my retreats: 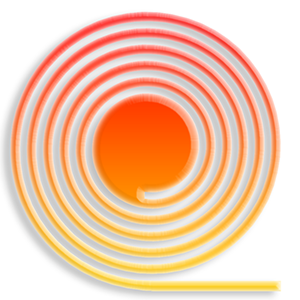 Labyrinths evolved from spirals. In a spiral we circle inwards, or outwards, and our state is always evolving – we’re on some kind of journey, never passing the same point twice.

Spirals are powerful as symbols of our time on earth. Most of us are numbly aware of the spiral-like routines of life – going to school or work day again and again, meal-times that snag us several times a day…But spirals have been drawn by humans for almost as long as they’ve been around, and to our ancestors they most likely represented the movement of celestial objects through the vast dome of the night sky. Big, vast patterns and big, vast ideas.

Like the spirals that even now are shaping your life. A baby born naturally turns a three-quarter spiral down the birth canal, to join the stomping giants on this planet engaged in a spiral dance around a G2 main sequence star that itself waltzes around the galactic centre... 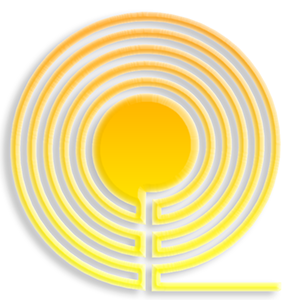 A rebound labyrinth is the simplest kind of labyrinth. It's a spiral with an imaginary stick laid over it, to form an axis you cannot cross; each time you meet the axis you recoil or rebound away, in the opposite direction to the one you were travelling in.

Movement through rebound labyrinths can be quite jarring, the turns abrupt, and for this reason they’re good when you’re pissed off or frustrated by an issue, and want to explore further why that situation keeps arising in your life.

Rebounds strip away at predictable behaviour, to show what is making you react repeatedly in a certain way to a situation. So, next time you find yourself carrying anger from an encounter, draw out or print the pattern to left and follow the line to the centre. Each time you hit a 180 degree turn, imagine how you felt at the encounter, walk through it as an observer, and see what you discover besides your own ‘official’ version... 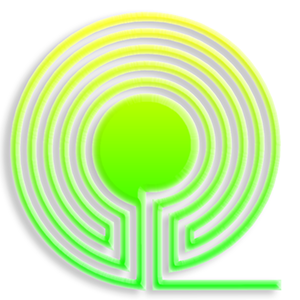 When we stack rebound pathways within each other, we meet the classical labyrinth. This contains one (or several) meanders, that take us into the pattern into turns that leave us unsure if we’re getting nearer to the centre or further away.

There’s something oddly comforting about being lost in a labyrinth, and the meanders in classical labyrinths not only lose us but give us the thrill of engaging with the unknown – as the rational brain admits defeat, that its internal SatNav is down, we're left more aware and curious to discover what is around the corner.

Because they shut up our know-it-all selves and leave us more child-like and curious, classical labyrinths are excellent for connecting inwards, to our 'higher' (deepest, noblest) self. 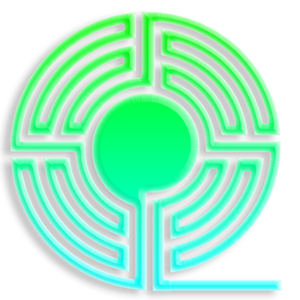 Roman labyrinths take the idea of a labyrinth, and squeeze four identical ones (four spirals, or four rebounds, or four classicals) into one single design. In each quarter, you have to complete all of the path in that sector before you’re allowed to move into the next one.

Because of this slightly OCD quality, roman labyrinths are great for protection. If you imagine you’re under attack, you want a wall around that is checked and sturdy each millimetre of the way. The roman labyrinth’s tight arrangement has a reassuring solidity, and it’s not surprising that this is how the Romans in their Empire days used these patterns – like good-luck charms. 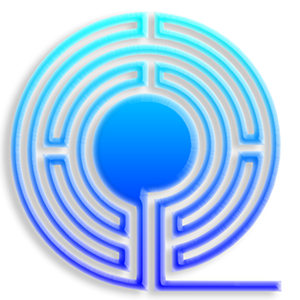 What happens if you like the quarters-idea from roman labyrinths, but want to up the confusion factor by moving freely between quarters before you have fully completed them?

Then, you invent the medieval labyrinth. These labyrinths are characteristed by a cross pattern, and a wild sense of disorientation. The way they lose you is in fact cunningly precise, using hidden patterns of zig-zags and spirals that are geometrically significant, but not something you’d be aware of as you loop about on the surface.

This devotion to a hidden structure reflects how medieval labyrinths are good for connecting outwards, to whatever you believe is great and good beyond your physical body. If you are feeling lonely or wish to welcome more community into your life, physical or otherwise, seek one out and see what happens. 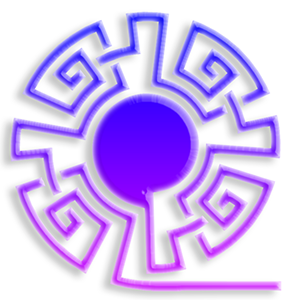 Let's break the rule that a labyrinth path can’t cross itself. What if you treat the pathway, even if it is drawn on paper, as something you can tunnel underneath or bridge over, to pass? This new pattern may be called a celtic labyrinth, alluding to the Celtic pictorial style.

There, the knotwork was so busy that it covered almost every millimetre in the medium, in such complexity it boggled the mind. It also had no beginning or end; it depicted the divine life-force present and unending within life’s busy-ness. In a celtic labyrinth (with its start and end), this busy-ness remains but helps us understand our own inspired movement through life – when we’re guided by that unknowable flicker that is half inspiration and half-intuition, unharnessable but priceless. 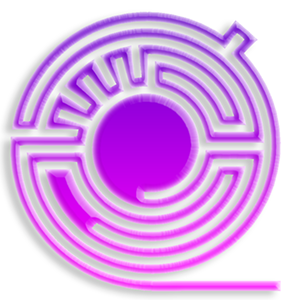 Then we have labyrinths upholding the one-path-never-crossing-itself rule, but toying with every other convention of the families above.

These can be called postmodern labyrinths (although often they were pushing these boundaries centuries before now!). They suit our modern minds, so attuned to quirky motion and fast editing.

Postmodern labyrinths are for play, and question why you should only have one entrance, or one centre, or keep to symmetry, or predictability. Shapes may change, routes will surprise, and though they are for play, you'll be surprised what insights are found when we surrender to it. Sometimes play is the only way to let in the serious... 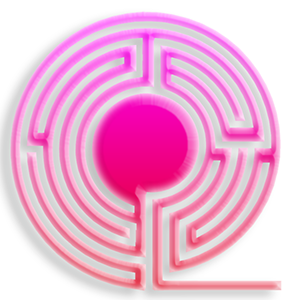 Mazes break the last rule of labyrinths, that no junctions (path-choices) will be offered. In mazes, choice is everything; determining if you reach the centre or not, and how long it takes. Choice can lead into a dead end, around an island of walls back to where you started, to a load of new choices...

Such choice can be handled by the rational mind, or the intuitive, allowing the use of heightened perception and the development of those talents. Since route to the centre is entirely dependent on your abilities, mazes act as mirrors, reflecting back what you think you are able to do (in contrast to what you achieve), in a playful but potentially-stressful environment.

They may seem different but mazes are little removed from labyrinths; both are a single-route journey from start to end, achieved through learning.